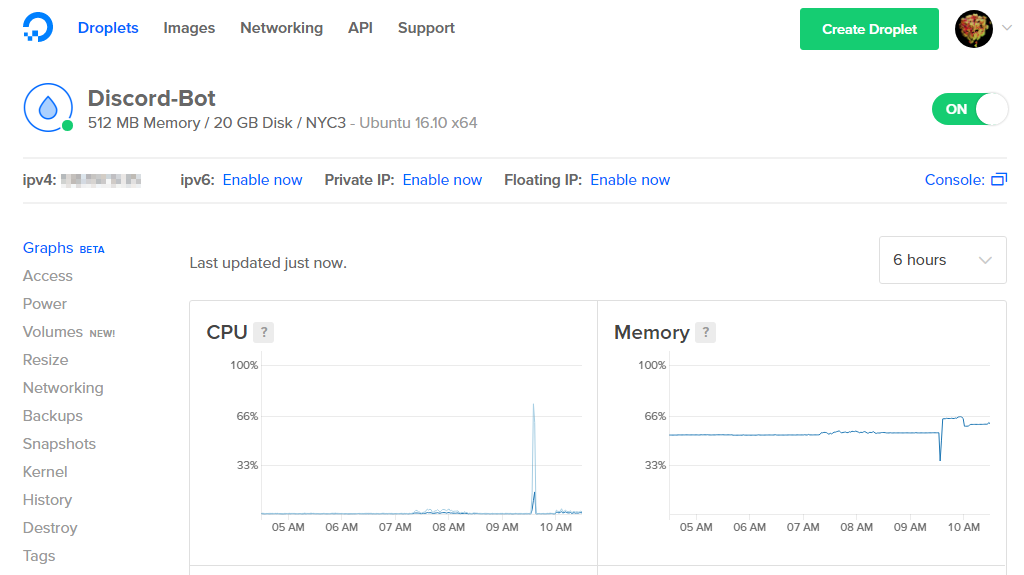 If anyone has ever used NadekoBot, you know that its great. But you know what could make it even better? Being 24/7.

Ok so its fairly simple if you follow the guide, but I quickly ran into a problem. When I would end the ssh session, the bot would shutdown. I tried a few things, the first being: make a new user, run the bot there, then switch users leaving the old one logged in. However that didn’t really work either as all users were logged out when I ended the ssh session. So next I moved on to try tmux, and to my surprise it actually worked!

If you want to reattach your bot you just type tmux attach -t nadeko and you’ll be right back to the bot. Personally I have mine setup to reboot and update every night at midnight, however if you wanted to do that manually this is an easy way to.

EDIT: Instructions have also been added to the docs here.